"Chloe Harris" really is the pseudonym for two writers, Noelle and Barbra, who've joined forces to write intriguing and sexy stories. A quintessential eccentric southerner, Noelle seems to find a story in almost everything. Ever ambitious to change her stars, she has a degree in Communications. Barbra lives together with her cat ('Princess Mimi'), who isn't very happy that she is spending so much time on writing. But this folly of the living can opener with opposable thumbs is mostly tolerated.

In Deep will be published in Japanese!! More info Later!
Posted by Noelle (Chloe Harris) at 10:14 AM No comments: 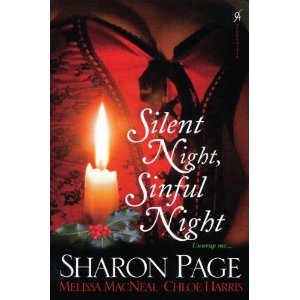 Posted by Noelle (Chloe Harris) at 3:42 PM No comments:

I'm doing a short series on Tumblr about finding the perfect person to cast as a character after the fact.

Of Cynical Pearls of Wisdom and Affirmative Power Thoughts

We all have those days ... Some are good, but some are harder than others. When it's one of those days - when life hands you lemons - it's good to remember the following Pearls of Wisdom:

1. Money cannot buy happiness but it’s more comfortable to cry in a Mercedes than it is on a bicycle.

2. Forgive your enemy but remember the bastard’s name and where he parked his car.

4. Many people are alive only because it’s illegal to shoot them. (Go ahead. Make my day. Do you feel lucky?)

5. Alcohol does not solve any problem, but then neither does milk.

Now, I'm aware that these are cynical and pessimistic Pearls of Wisdom. I'm not saying I'm above those - surely not when it's that time of the month (especially #4!!!) - but I do try to live up to my personal affirmatives, or my Power Thoughts* nowadays:

1. Forgive
Forgiveness of myself and others releases me from the past. Forgiveness is the answer to almost every problem. Forgiveness is a gift to myself; I leave behind all feelings of not being good enough. I forgive, and I set myself free.

2. No Blame
I release the need to blame anyone, including myself. We are all doing the best we can with the understanding, knowledge and awareness we have.

3. No more Fears and Doubts
I now choose to free myself from all destructive fears and doubts. I accept myself and create peace in my mind and heart.

4. Uniqueness
There is no competition and no comparison, for we are all different and meant to be that way.

5. Life is a Mirror
The people in my life are really mirrors of me. This affords me the opportunity to grow and change.

Now, don't think just because I have all those lily-white, pure affirmatives and Power Thoughts on my bedside table that my erotic-romance-writing-mind isn't as filthy as it used to be. No worries, I can think of lots and lots of dirty (and less deliciously kinky) things for the characters to try out and see how they like it ... hehe
Posted by Anonymous at 2:56 AM No comments:

When to Accept the Inevitable

I’ve just finished a spectacularly bad novel by a renowned (!) author I've never read before. It was remarkably boring, amazingly inconsistent and astonishingly incoherent. I truly wonder if it wasn’t the guide–on–how–to–not–write–a–book textbook. It had all the typical rookie flaws in it:

the promise–but–not–deliver, ever–changing plotline (which immediately told me that the author was just typing something instead of plotting a beginning–middle–end. I mean, if you want to be regarded as pantser, fine. But – admit it – even pantsers need to know where they’re starting, where they’re going, and when they type “THE END”),

the non–existent character build (where every character looks and thinks and speaks and does the same – and oh, how pathetic those characters were),

the – if present, mind you – cliché descriptions and characterizations (yawn),

the head–hopping from one paragraph to the next (headache–inducing, accompanied by much going back over paragraphs to see in whose head you’re really in now or was it just another authorial narrator passage – in which case another yawn),

pages of showing instead of telling (now why should it be there if it’s not so important that the writer can’t be bothered to let me experience it so that I can make up my mind about it myself? What’s the point? I kept asking myself, is the author going to make a point anytime soon or just rambling on and on for the sake of word count?),

the sex scenes void of emotion and which had no point whatsoever (made my eyes glaze over and I constantly fell asleep – can you believe it??? That never happened before. I mean, I couldn’t even stay awake long enough to skip over the passages!),

the overuse of the word “then.”

The "spectacularly bad book" was clearly the very first manuscript the author has ever written (hey, our very first novel still has a chance, Noelle, do you hear me???) but it was published sixth or seventh. Maybe the author tried to get into another genre. But after an experience such as this and even though the author has already published several other books, I’m convinced I won’t ever touch another book by her. As a writer myself, I have my pride. And my pride would never allow that I’d publish the very first try (The monster-of-a-novel-that-shan’t-be-named will be forever Noelle’s and my dark secret - the very first manuscript always is, there’s a reason for it!!!). I wouldn’t wish that first try on my worst enemy, so why would I want to offend and possibly alienate my reader thus?

But all of this made me wonder: When do you decide to not read an author (any longer)?

I have the “Three Times” rule, as I like to call it. I’ve read many contemporary authors over the years. I’m an ardent admirer of some, others where a good ride, and the rest are experiences I won’t repeat again. Although I call myself an ardent admirer, I’m not a totally uncritical fan. True, when the new book of one of my favorite authors is out, I’m among the first to storm the bookstore. But if said favorite author doesn’t deliver, (s)he gets transferred to the less favorite, the so-called “trial” stack of books. If the next book disappoints again, the author is transferred to the “parting” stack. I’m not as fast to buy the next book and I’m not as enthusiastic about reading it. If that book then (the book after the second disappointment) is in my opinion another throwing–against–the–wall material, I don't read any other book by that author ever again.
However, the “Three Times” rule works both ways. If I find a book surprisingly good after the first disappointment, or reminiscent of the old glory after the second disappointment, the author is transferred back to the next higher TBR stack of books.
Every writer can have a bad day every once in a while. Being disappointed three times is as much as I can bear.
Are you as critical? More tolerant? Or less?

What about you? Let me know your thoughts!
Posted by Anonymous at 10:41 AM 2 comments:

Here's What You Missed on Tumblr


I have to say I really like tumblr. Twitter is not for me at all and I like to use facebook more for close family and friends than writing stuff. But tumblr seems to work for me.  One great thing is that you not only share your own thoughts but can easily reblog things you love and share them with your followers.  I've mentioned Coverspy already but some of my other favorites are:


Here is what you missed on my tumblr recently:
Posted by Noelle (Chloe Harris) at 11:43 AM No comments: 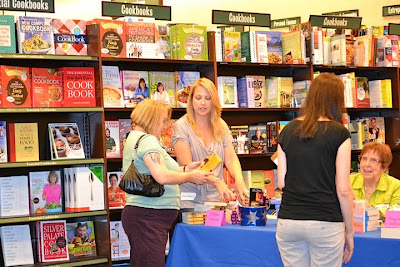 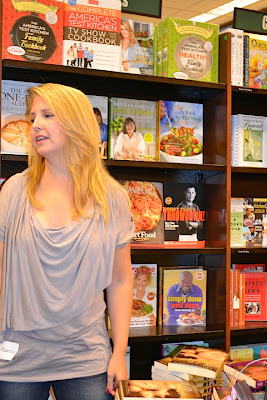 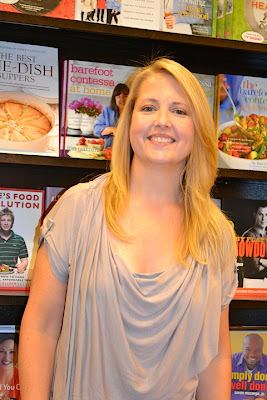 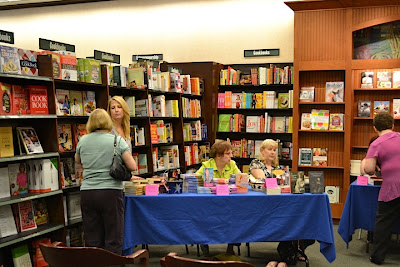 Posted by Noelle (Chloe Harris) at 6:47 PM No comments:

Rating: 4 Cups
Rosie and Winston are as hot and sultry as their surroundings, and their story is as sexy as it is entertaining. British Honduras is an exotic and unique setting for these two young lovers, and it makes you want to keep on reading. Lototy-Reviewer for Coffee Time Romance & More

Praise for Secrets of Sin

“This story is hot from page one, and the temperature just keeps rising. The characters are well wrought, and a clever subplot sets up the sequel.” -- 4 Stars Romantic Times

“Sensuality at its best!” --Diana Cosby, author of His Woman

“The steamy sun of the Caribbean is nothing compared to the wicked heat between Emiline and Reinier. Submission, obsession, and passion sizzle on the pages of this mouthwatering debut.” --Kate Douglas, author of the Wolf Tales series

Praise for In Deep

The sex is hot, the writing is sizzling and the characters are interesting – what more can a reader ask for? - Sarah S. Romance Readers Connection,

Romantic Times Reviewer's Choice Nominee, "This novel captivates from the start. The protagonists are perfectly matched and the other characters are well written."